What a difference before and after photos can make! Take for instance this large interior wall and vaulted ceiling which looks pretty standard before. Add these hand-hewn beams and the massive size of the wall stands out with rustic appeal. The beams used in this install were split from solid 8″x8″ beams to a final thickness of 3″ each. The beams were brought to the home full-length, laid out in pattern and custom cut to fit the space. With less weight than a full beam, the skins are fastened to the wall with large screws countersunk into the beam and plugged so that absolutely no hardware is seen. By all appearances it looks as if the ceiling and wall were supported by these beams and not the other way around. 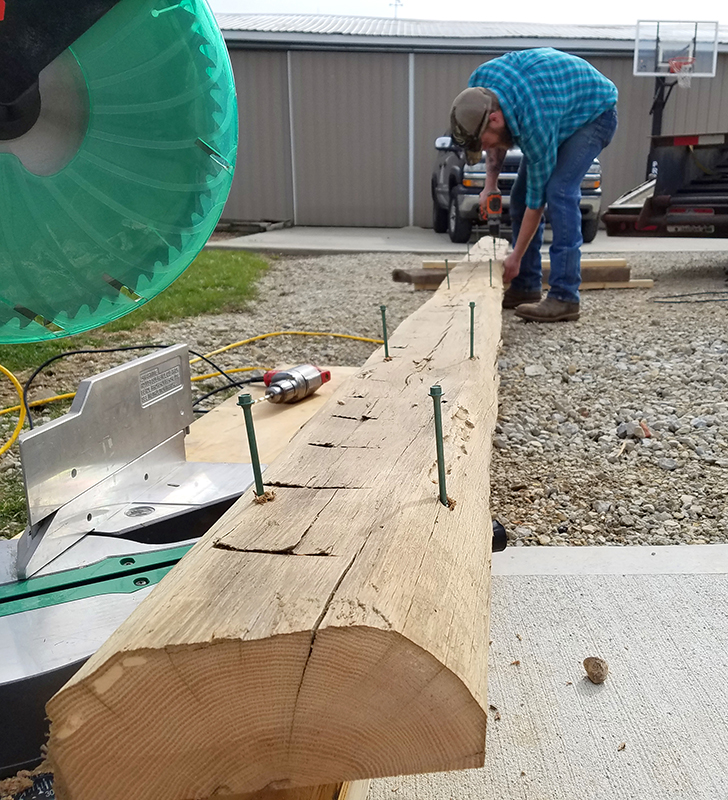 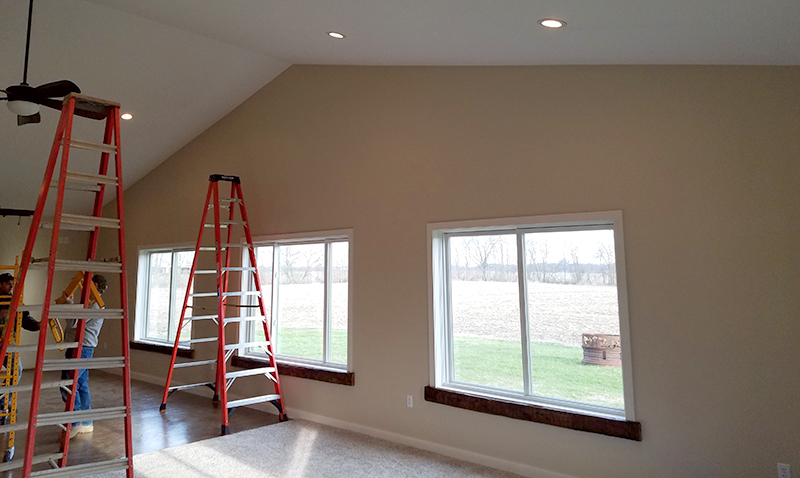 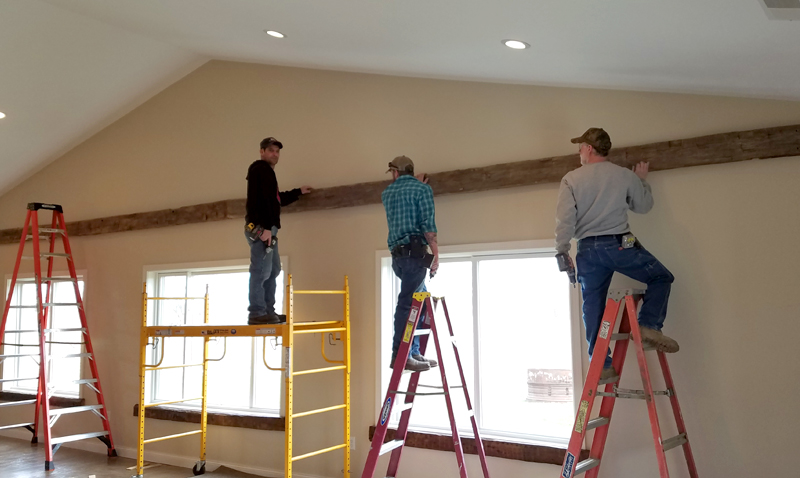 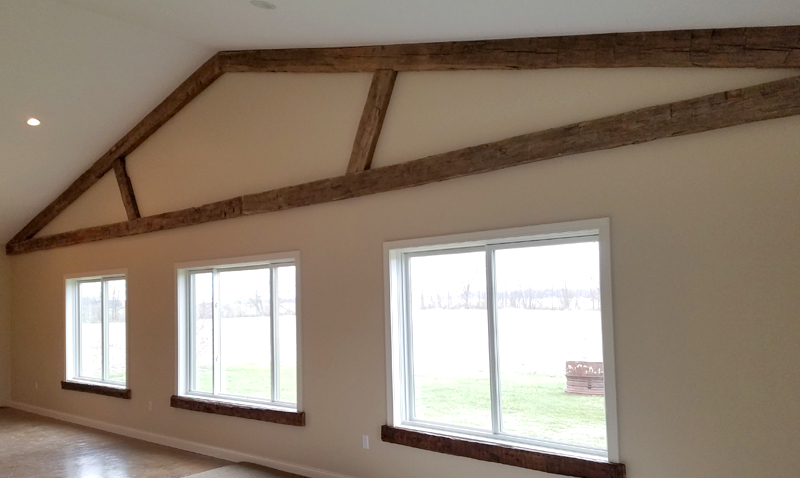 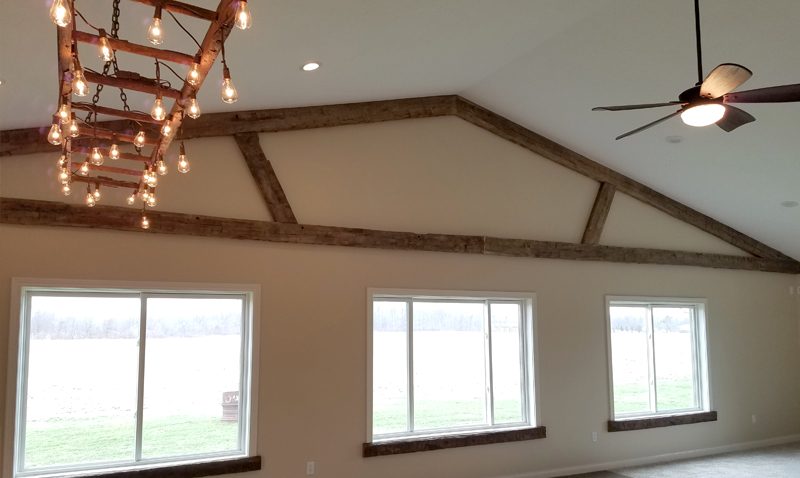 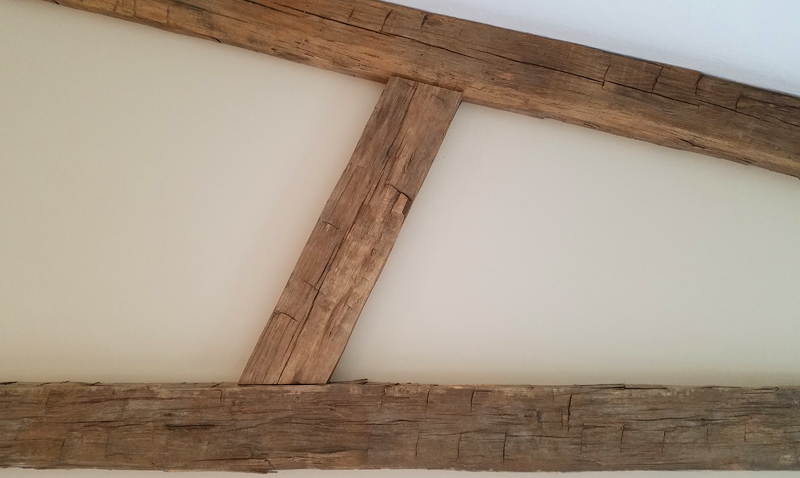 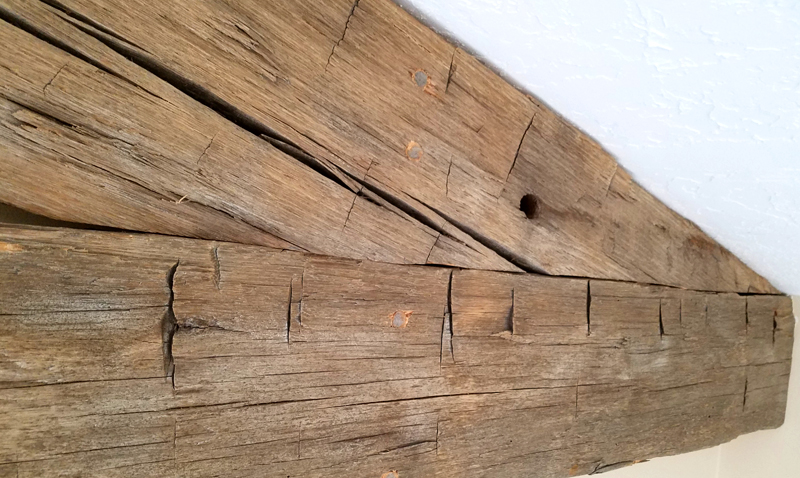